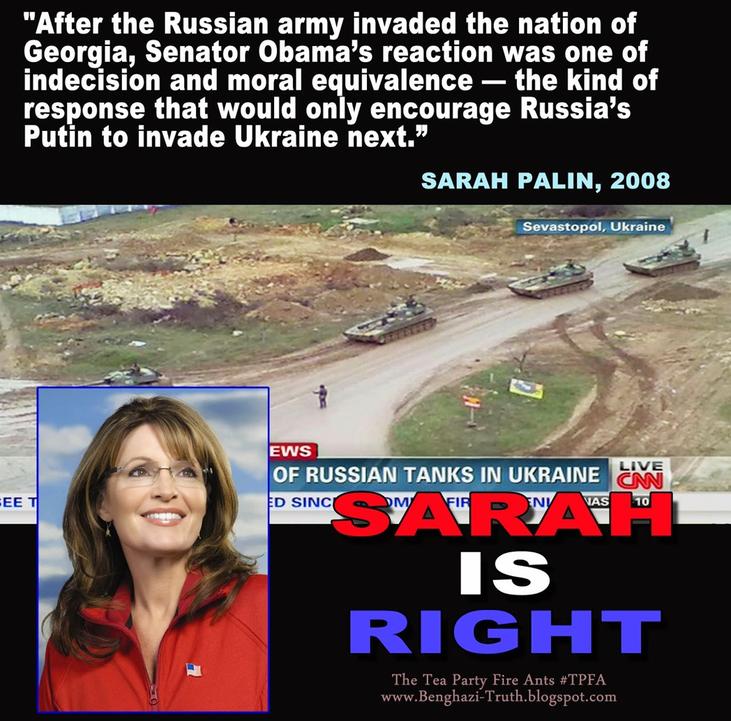 Graphique has publically challenged Twitter on the group’s blog to prove why TPFA co-leader Kathy Amidon’s account was permanently suspended, while other tweeters are allowed to “run wild” with far more abusive tweets than anything Amidon had ever tweeted, according to Graphique."
READ MORE: http://www.tpnn.com/2014/07/22/is-twitter-banning-conservatives-because-of-leftist-bias/

2017
(Note: Bravery was the first 3D Christian film project we started with, but will made after Orbiter, provided the completion funds are raised which takes much longer working  around the total censorship and bad actor 'trolls' still trying to stop the project by various criminal efforts)

"The producers of “Bravery: On Wings Like Eagles,” a 3-D movie being created to attract Millennials and younger generations to Christ, are reporting online sabotage being done to thwart their projects. They have had immense difficulty trying to raise money on Facebook, Twitter, YouTube and Gab. Bravery tells the story of a future world in which Christians are persecuted for their faith. “Part of this persecution in Bravery comes from a state-run monitored social media network which identifies and then actively destroys Christians,” the trailer says. The movie is loosely based on the real-life experiences producers Kathy Amidon and Proe Graphique (a pseudonym, since he is in the film industry) have had on Twitter."

The pair first encountered the censorship when they created Tea Party Fire Ants. They successfully used Twitter to galvanize congressional support for important bills. Tea Party Fire Ants launched a campaign of grassroots volunteers to tweet at members of Congress and urge them to co-sponsor HR 36, the bill establishing a House committee to investigate the Benghazi attack. Afterward, then-Rep. Frank Wolf (R-Va.) told the group their efforts played a key role in getting more than 150 Republican co-sponsors, which led to launching the committee.

But the success came at a price. Amidon and Graphique found their Twitter accounts targeted by the left-wing organization Truthy. Truthy specifically went after conservative and Tea Party social media accounts, filing complaints about them to get them banned. Amidon and Graphique’s Twitter accounts were deleted and they were forced to create new ones, starting over from scratch to build up followers again. Eventually, they were “shadow banned.” This meant that although their accounts were still accessible, interactions with them dropped drastically. They went from 45 to 145 retweets down to nothing. Donald Trump had retweeted them in August 2015. The two believe that Twitter secretly muted their tweets so others rarely saw them."
READ MORE...  https://townhall.com/columnists/rachelalexander/2017/05/01/christian-movie-effort-being-censored-online-n2320574

"I’m reposting a lengthy article from a friend of mine at Tea Party Fire Ants, Kathy Amidon, who was instrumental in pushing for a select committee on Benghazi several years back when then Speaker of the House John Boehner thumbed his nose at the American people who wanted answers.

Since that time, she has been targeted on social media and received threats in other forms.

She has not been able to get any relief from those who are supposed to bring justice.

Now, she has made her complaints known to President Donald Trump, Attorney General Jeff Sessions, several US representatives and the legal and internet staff of Twitter."

She also provided pictures of certified mail receipts that indicate the letter was received by both Trump and Twitter.

Kathy is also working on a new film titled Orbiter."

Earlier this month, David Rosler, the Christian filmmaker responsible for the faith-based 3-D movie Orbiter, said in an update on the movie’s crowdfunding site that he met with staffers of a “ranking” GOP Senator to discuss the issues he and his team have had with censorship and criminal activity on Twitter.

“To make a long story short, I had an hours-long phone/internet conversation with a ranking Republican Senator’s office, laying out my case regarding the obvious systematic, organized and malicious censorship of the Orbiter project on Twitter, explaining everything we have come to learn about Twitter, the background of its executives and its apparent operational methods,” he wrote.

“They were convinced,” he said, and, he continued, a case number was issued, indicating that an investigation is going forward.
Rosler did not identify the senator he spoke to, but in a telephone call which included production assistant Katheen Shell, he indicated the Republican involved was highly placed and very well-known.

[EXCERPT] "Rosler further said that he and Shell have had to contend with “trolls” on the site for years, with some engaging in criminal activity, going so far as to post threatening messages against Shell.

Screenshots of just some of the threats can be seen here.  According to Rosler’s site, the threats were sent to Twitter lawyer Vijaya Gadde months ago.  A photo of the return-receipt with what Rosler says is Gadde’s signature can also be seen here."
READ MORE...... https://conservativefiringline.com/christian-filmmaker-meets-senate-staffers-twitter-censorship/

"On Christmas Eve, David Rosler, maker of the faith-based 3D movie “Orbiter,” did the unthinkable.  Like so many others, he posted a Christmas card on Facebook.  Apparently, something about the card triggered the social media giant, which banned him almost immediately after he posted it, Associate Producer Katherine Shell told the Conservative Firing Line in an exclusive interview on Sunday.

According to Shell, Rosler had not been on Facebook for 16 hours prior to this incident.

The ban came on heels of what appears to be underhanded efforts by the social media giant — once described as the “world’s most dangerous censor” — to silence him and stop his project."
On December 12, Rosler, who has worked for more than 35 years as a producer, director, writer, animator, cinematographer, special effects expert, storyboard artist and more for TV, movies and Madison Avenue, said that he had been unable to post in groups, which he characterized as “the heart of crowdfunding on social media…”

“I have been for months attempting to raise a small amount of completion funding for a very original kind of Christian motion picture, Orbiter, a faith-based, live action, stereoscopic 3D science fiction motion picture for theatrical release,” he told the National Religious Broadcasters (NRB).

“Facebook and Twitter both are plainly attempting, with remarkable success, to stifle progress and ruin my business. "

[EXCERPT] "Joe interviewed film-maker David Rosler in a conference call on 11 January about Rosler’s experience with — Rosler believes — being shadow banned by Twitter.

Rosler was also banned outright by Facebook, for, in his words, posting a Christmas card.  Because he has been banned on Facebook, I am unable to verify the quality of that Christmas card, but you can view Rosler’s website here, and see that he is a long-time entertainment industry professional, with a body of mainstream work.  He is unlikely to have posted an objectionable Christmas card.  (I posted Christmas greetings myself — explicitly Christian-themed, as I do every year — and have not been banned by Facebook.  Rosler’s other material is both Christian-themed and without obvious Christian overtones, but none of it looks kooky to my eyes.)

Rosler’s experience at Twitter — what is of concern to him — relates to tweets he has posted about a film he is making called “Orbiter,” which is a Christian science fiction effort.  A number of observers have agreed with him that it is statistically just about impossible for his multiple tweets about the movie to garner no attention whatsoever on Twitter.  (No likes, no replies, no retweets.)

Joe Newby interviewed him on Thursday because Rosler’s experience matches what a user would see with shadow banning, which the Project Veritas videos indicate Twitter engages in.

Amidon is a conservative activist. She worked alongside David Rosler, who for a time used the pseudonym Proe Graphique because he worked in the film industry, and created the Tea Party Fire Ants in 2013 to whip up online support for conservative causes. Amidon describes Rosler as a “brilliant strategist.” Now, they’re seeking funding for what Amidon describes as a new genre of exciting 3D Christian movies geared towards Millennials. She has been his associate producer since 2016... 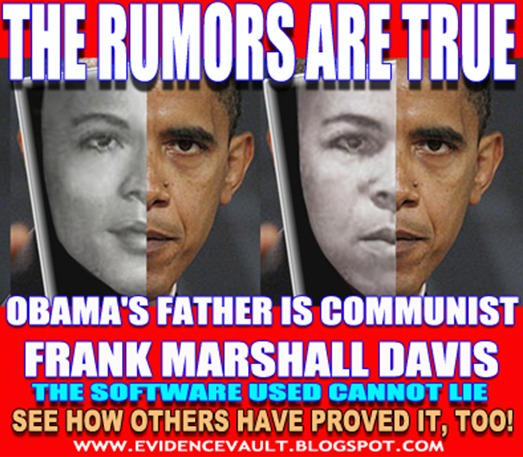 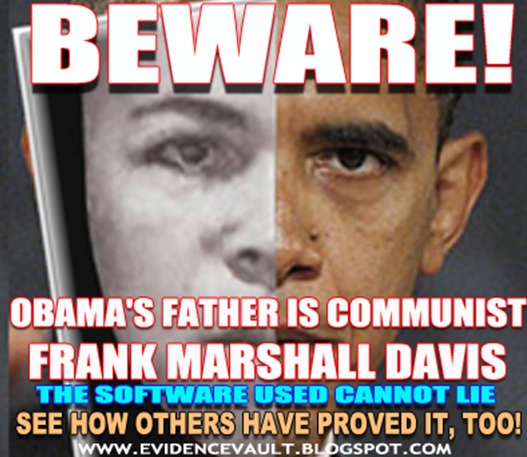