It should come as no surprise to anyone that the media has once again mischaracterized something done by President Donald Trump, elected by a majority of his fellow countrymen to serve as a no-nonsense, get-it-done President.

The media is describing what Trump tweeted about Brzezinski is misogynous, that he "attacked the appearance of a woman" (Leftists are all such babies now that an insult is called an "attack" - we know "attacks"; people have put out physical death threats against us for being effective political activists- THAT'S an attack). They say Trump is being "cruel" and the attacks degrade her appearance.

Trump said that Brzezinski came up to him three times at the beginning of 2017 and asked to be part of some event but she was refused because she was apparently was "bleeding from plastic surgery" . OKAY, LISTEN UP, THAT IS NOT SOMEONE ATTACKING SOMEONE ELSE'S APPEARANCE, THAT IS RECALLING AN EVENT THAT HAPPENED IN HIS LIFE.  To "attack her appearance" would have been to call her ugly, or a witch or a whore or repulsive or a million other terms. He never said that. The President recalled an event of his life, when he witnessed Brzezinski asking him for favors while still suffering the after effects of plastic surgery.

Was his Tweet about Mika indelicate? Sure, of course, but that's what the majority that elected him love about Trump; when people get out of line with him - and get nasty - he gives them a well-deserved smack down. JELLYFISH LIKE LINDSEY GRAHAM, SELF-INVOLVED WITH HIS OWN ENDLESS APPEARANCE OF AUSTERE GRANDIOSITY, MAY BE TOO TIMID TO APPLAUD, BUT THE CITIZENS OF THIS COUNTRY REGARD THIS MOMENT AS A BREATH OF FRESH AIR.

The only thing that should be embarrassing to anyone is the, in our opinion, apparent whoreish lack of shame that Brzezinski is displaying by playing the victim after goading Trump almost every day for the better part of a year. In our opinion, such a person as Brzezinski is the poster-child of a pathologically-obsessive jerk who had a broad-handed smack down coming to her and then some, times a thousand.

Leftist say that what Trump did is beneath the dignity of the Presidency. Well, what Brzezinski and her pals in the media do with wanton abandon when personally attacking the President, his family and his appointments almost every day is beneath the journalistic standard of the average newspaper delivery boy.

Tell Brzezinski to put on her Grown-Up Lady Pants and stop acting like a jerk. If you are stupid enough to continually taunt, insult, demean, antagonize and try to politically ruin a silverback - especially while never mentioning his recent, staggering successes - then don't be surprised when the gorilla stuffs your head down your throat. Indeed, her behavior more than meets the legal definition of criminal harassment. Yes, even against a sitting President. Look it up; in our opinion she could, in fact, be arrested for her particular brand of "journalism" in the most free of nations and be found guilty and serve time for it. Criminal harassment is not a joke. Both democrat Presidents, Clinton and Obama, had people arrested for less.

She asked for it. She got it. Not complicated. Simple.

We've said this before to the leftist media and we'll say it again: don't strike first and then play victim when your own, actual victim strikes back. Or to phrase it in the gutter speak you find in places like the leftist media's beloved Village Voice newspaper, "Stop being stupid, f**king a**holes".

By the way, as of today, June 30, 2017, President Trump's approval ratings are climbing, again.

So far he's proved a great point and Tea Party Fire Ants are waiting for him to announce it: all the "reports" about Russia and all other "crimes" are fictions. How did he prove it? By goading two idiots and their supporters into a flame war, at which point the leftist media forgot all about the "crimes" and jumped into the playground for an entire week, never talking once about his supposed "crimes". That says incredible volumes about just how much lack of substance there is about the fake news reporting of Trump's imaginary "crimes". Trump nailed them on that, big time, with this flame war, and they fell for it like dummies. TPFA has no doubt that Trump is gleefully playing the media talking heads like the dumb puppets that they are.

He may also be angling to get enough awareness going among average citizens of the Nazi-like leftist media that few will oppose some executive order to crack down on the media, such a reinstating an extremely vigorous, pro-right version of "Fairness Doctrine", a move we would and will very loudly applaud.

Whatever Trump is doing, he's not being an unhinged, thin-skinned crazy. He's just so much smarter than the leftist media - where is their ten billion dollars?! - that they cannot see themselves as pawns in his otherwise very obvious political trap.

For more of our writing, go to  www.benghazi-truth.blogspot.com

Be sure to watch for our upcoming new tell all E-book coming very soon, you won't want to miss this story, we name names. 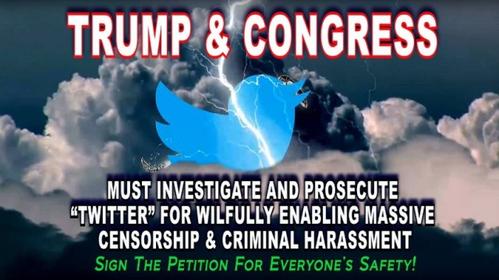 Be sure to watch for our upcoming new tell all E-book coming very soon, you won't want to miss this story, we name names.