Our 7-day-per-week, 17-month campaign for a Benghazi Select Committee is directly responsible for saving you and your family from a Hillary Clinton Presidency! TRUE!

​As told by the players themselves.

We truly need your help!

Event 2:
"Mister/Missus Congressman, Co-Sponsor Representative Frank Wolf's HRes36 for a Benghazi Select Committee, America needs you to do this job!”
~ Paraphrasing Kathy Amidon, Proe Graphique & their The Tea Party Fire Ants, (to Congressional House Representatives on Twitter) for 4 hours a day, 7 days a week, 17 months, (& 3 thank you letters from U.S. House Representative Frank Wolf giving TPFA almost sole credit for) gathering the 191 Congressional Cosponsors out of a possible 224, which resulted in the formation of the Benghazi Select Committee. 2012 - 2014

Event 4:
“...the FBI has learned of the existence of (Clinton's) emails (that the Benghazi Select committee found) that appear to be pertinent to the investigation....”
~ FBI Director James Comey, 2016

Event 5:
“We believe that we lost this election in the last week. Comey’s letter (about what the Benghazi select committee found) in the last 11 days of the election both helped depress our turnout and also drove away some of our critical support...”

"I was on the way to winning until (Jim Comey's) letter (about what the Benghazi Select Comittee found) on October 28 raised doubts in the minds of people who were inclined to vote for me and got scared off.  And the evidence for that is, I think, compelling, persuasive.... If the election had been on October 27th, I'd your President."
~ Hillary Clinton, 2017

Be a sport and please help us! Our need is urgent! 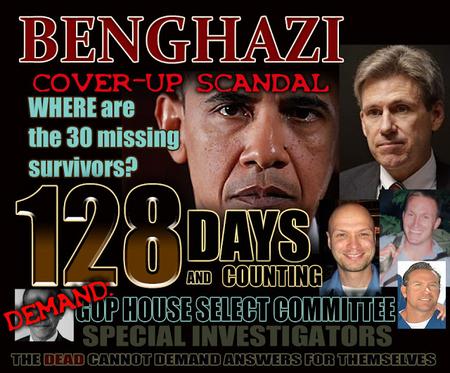 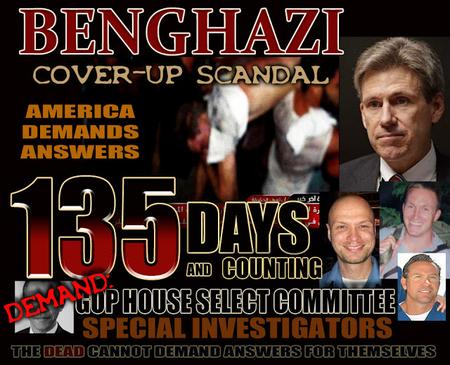 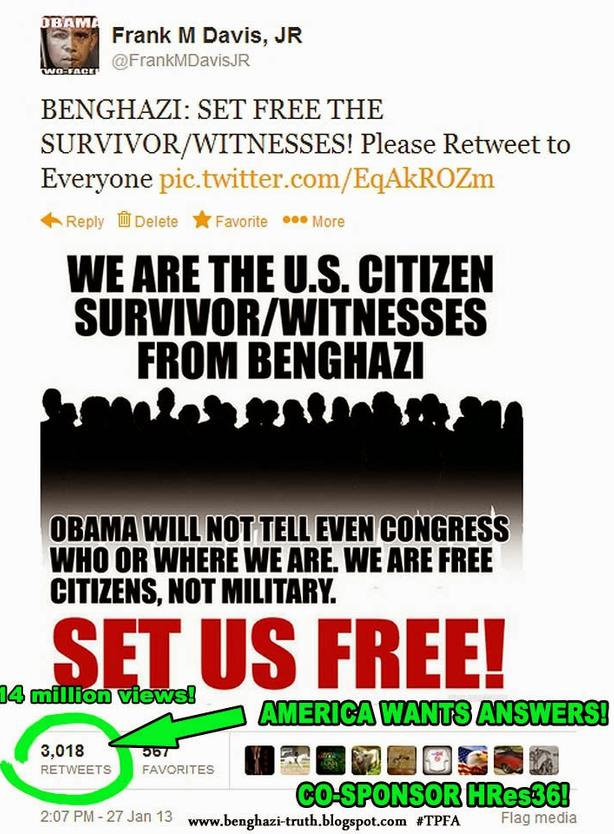 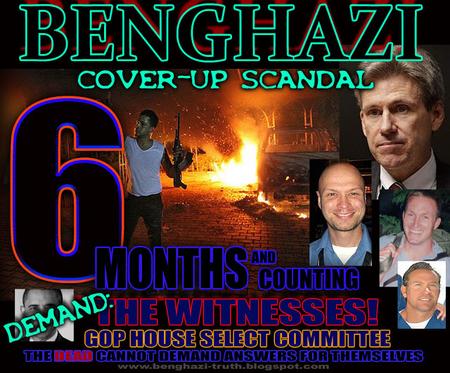 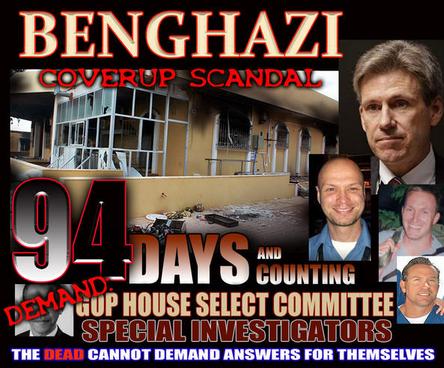 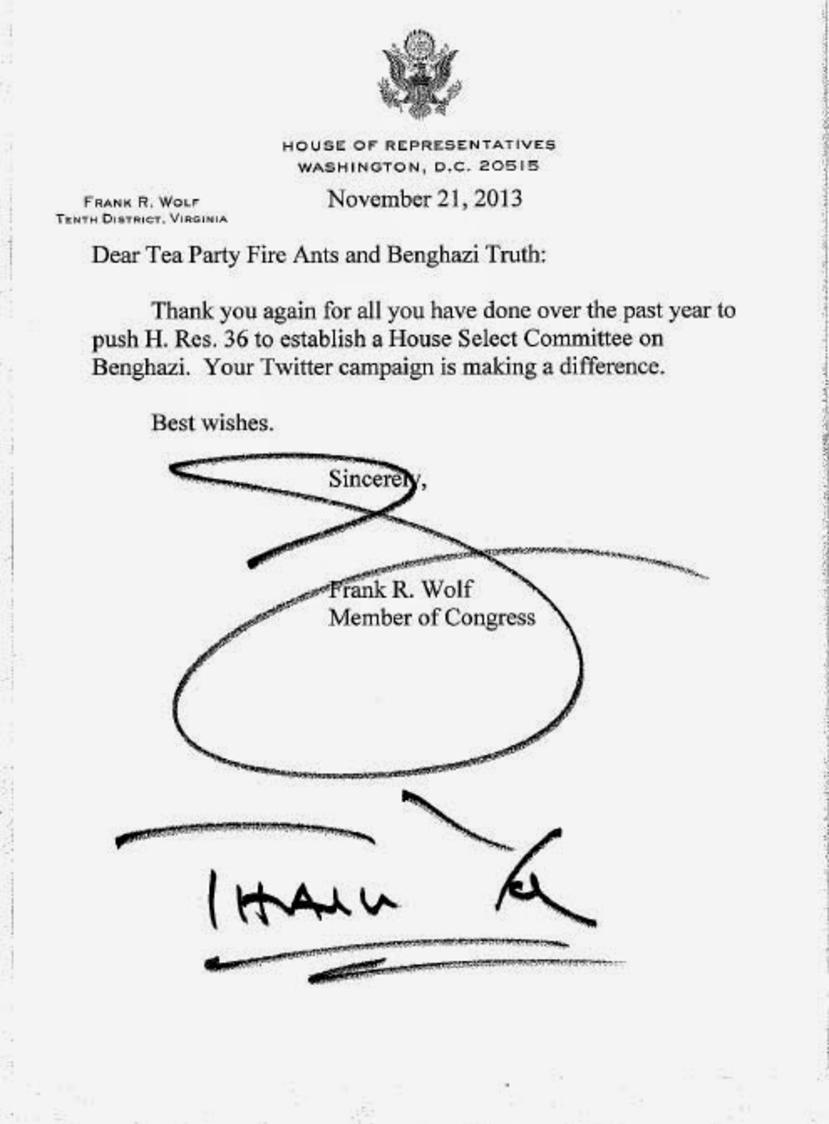 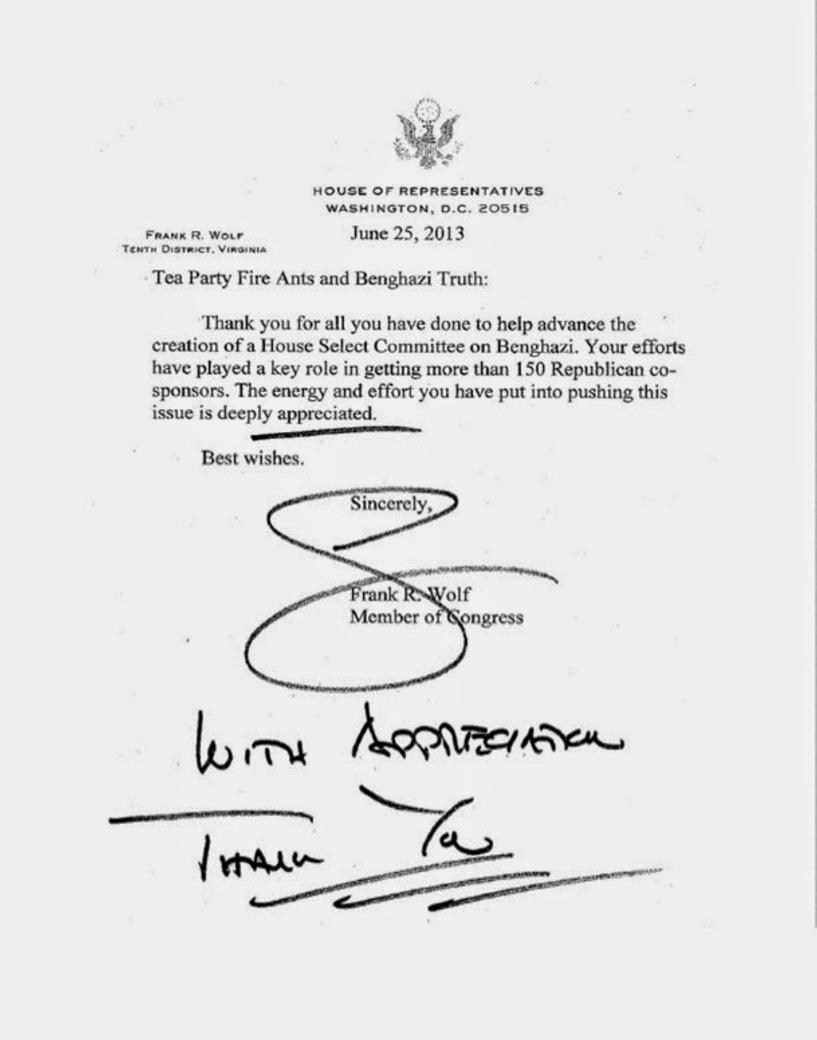 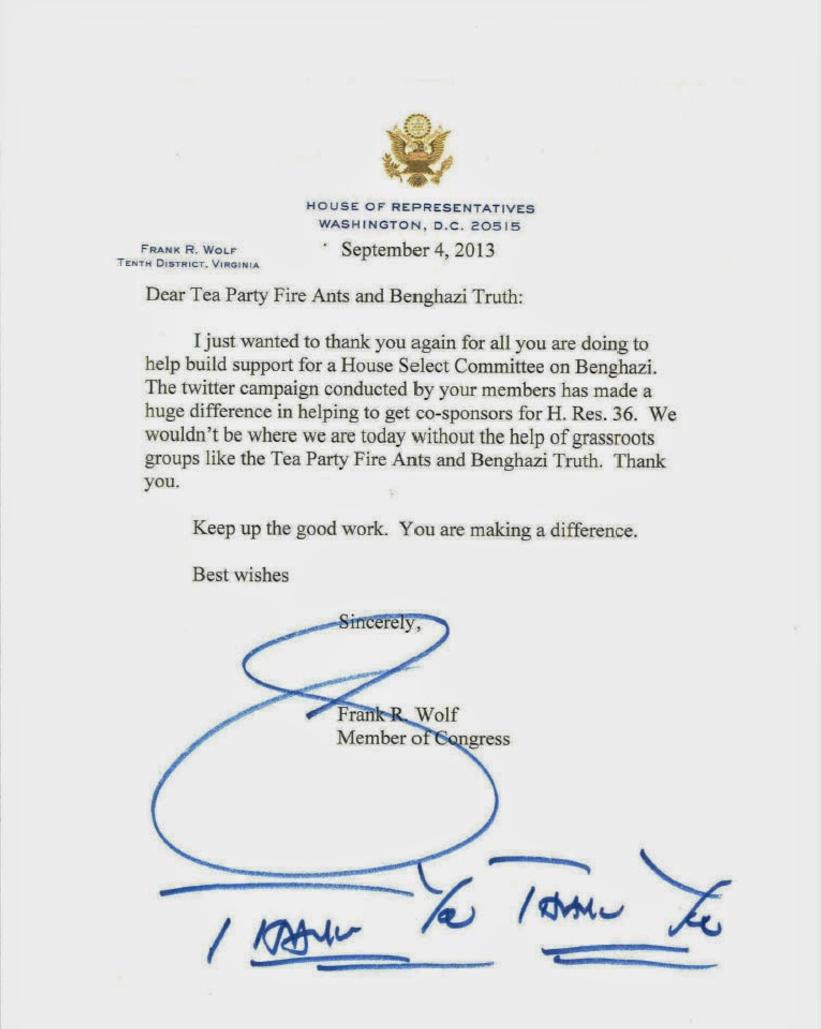