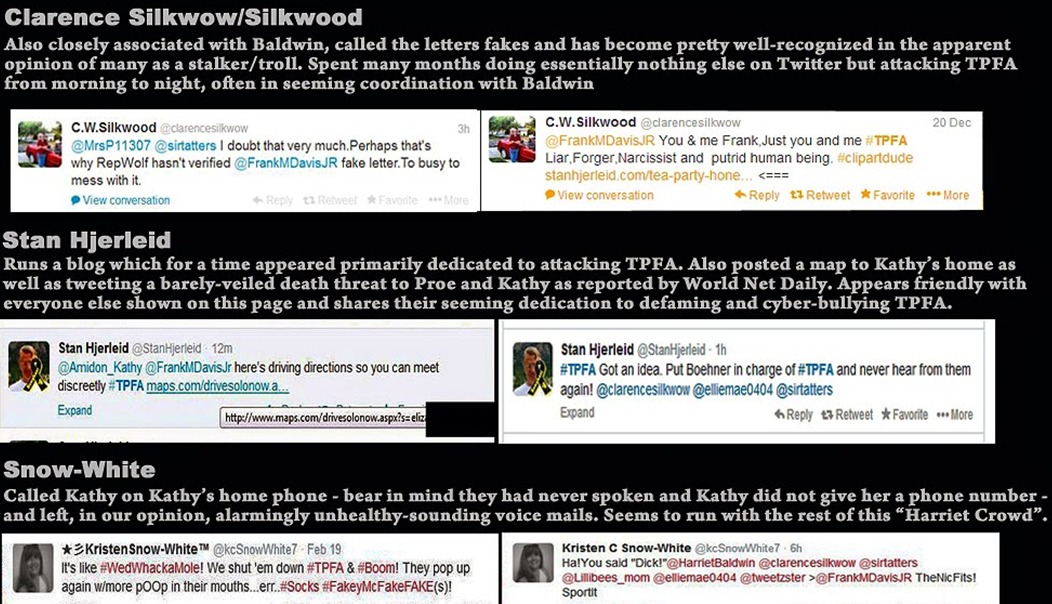 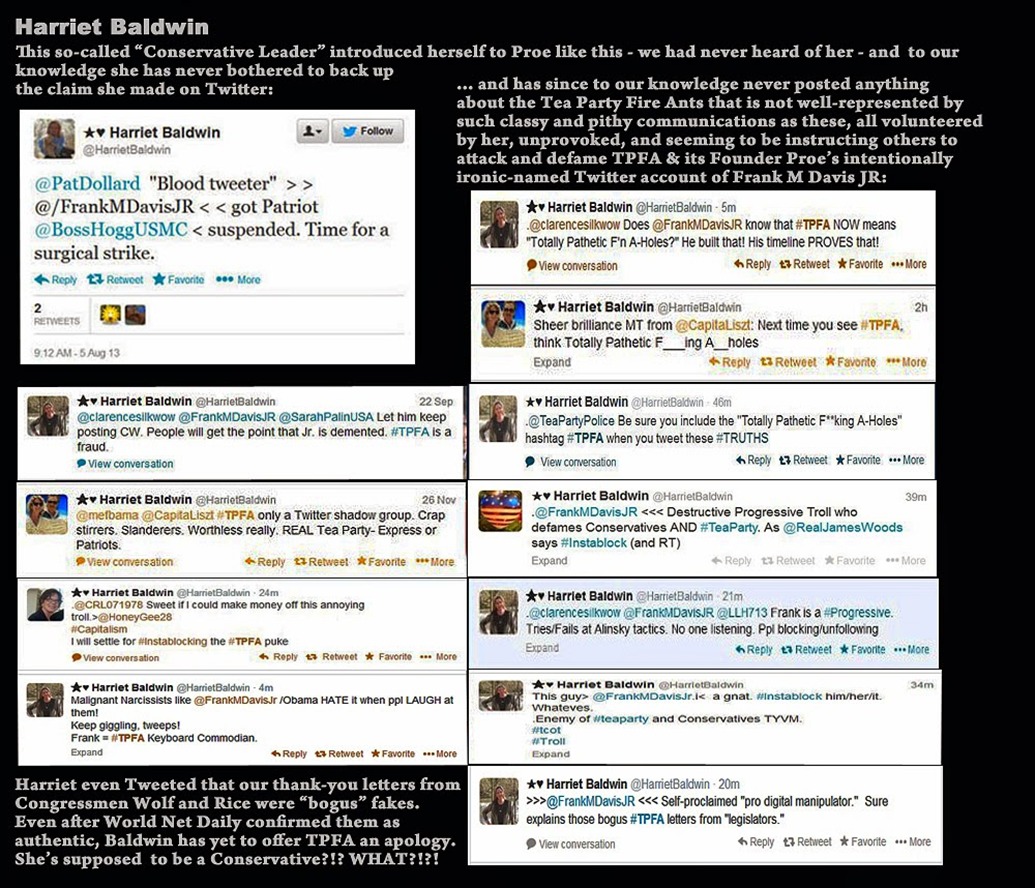 Graphique has publically challenged Twitter on the group’s blog to prove why TPFA co-leader Kathy Amidon’s account was permanently suspended, while other tweeters are allowed to “run wild” with far more abusive tweets than anything Amidon had ever tweeted, according to Graphique."
READ MORE: http://www.tpnn.com/2014/07/22/is-twitter-banning-conservatives-because-of-leftist-bias/